Title: Dirty Dining
Author: E.M. Lynley
Genre: M/M Romance
URL: Dreamspinner Press
Price: US $6.99
Other Information/warnings: Explicit sexual content
Summary [from the publisher]:
Jeremy Linden’s a PhD student researching an HIV vaccine. He’s always short of money, and when biotech startup PharmaTek reduces funding for his fellowship, he’s tempted to take a job at a men’s dining club as a serving boy. The uniforms are skimpy, and he’s expected to remove an item of clothing after each course. He can handle that, but he soon discovers there’s more on the menu here than fine cuisine. How far will he go to pay his tuition, and will money get in the way when he realizes he’s interested in more from one of his gentlemen?

Brice Martin is an attorney for a Silicon Valley venture capital firm. When he’s asked to take a client to the infamous Dinner Club, he finds himself unexpectedly turned on by the atmosphere and especially by his server, Remy. He senses there’s more to the sexy young man than meets the eye. The paradox fascinates him, and he can’t get enough of Remy.

Their relationship quickly extends beyond the club and sex. But the trust and affection they’ve worked to achieve may crumble when Jeremy discovers Brice’s VC firm is the one that pulled the plug on PharmaTek—and Jeremy’s research grant.

My review:
Living in California is expensive, and the money Jeremy Linden earns while pursuing his PhD and conducting research on an HIV vaccine is barely enough to cover the basics. So he reluctantly accepts a job at a classy men’s dinner club that promises $300 for just two hours of work. All he has to do is take off his clothes.

On Jeremy’s first night of work, he is assigned a client with a color-coded name (Mr. Green) and a skimpy costume fitting the dinner’s theme. The serving boys, wearing armbands to match their client’s lapel ribbons, are paraded around the large dining table and seated with their respective clients. They then deliver each of the six courses and remove an item of clothing at the diner’s request (or have the diner remove it for extra money). Some diners, like Mr. Green, are very new at this, and won’t want much more than dinner. More experienced diners want to be chatted up, fed, fondled, and even more. All the extras, of course, cost more and mean more money in the server’s pocket.

I loved the instant chemistry between Remy and Mr. Green, who he later learns is Brice Martin, a lawyer for a venture capitalist firm. Though both men are in situations they are not totally comfortable with, their relationship begins to heat up. Remy becomes more confident in his new role and Mr. Green learns how to relax and enjoy.

Where this story starts to fail for me is when Jeremy and Brice begin a relationship outside the club. There was lots of hand wringing about sex for money, the inequality of the couple’s roles, and their insecurity, which got really tedious after a while and slowed the pace of the story. There is job-related conflict and misunderstandings, staid sex, and declarations of love, but I couldn’t feel the love or emotion between them.

I wish there had been better physical descriptions of our main characters, particularly Brice, who was compared to Richard Gere.

There was already enough of a Pretty Woman vibe throughout the story, so I tried really hard to picture another older guy with gray temples and the first guy who came to mind was: 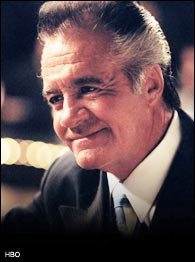 The pat conclusion was disappointing and sappy and would have been more satisfying if Jeremy had decided for himself what he wanted for his future. Brice’s caveman behavior was totally unappealing and inappropriate and better suited for a Tarzan and Jane movie.